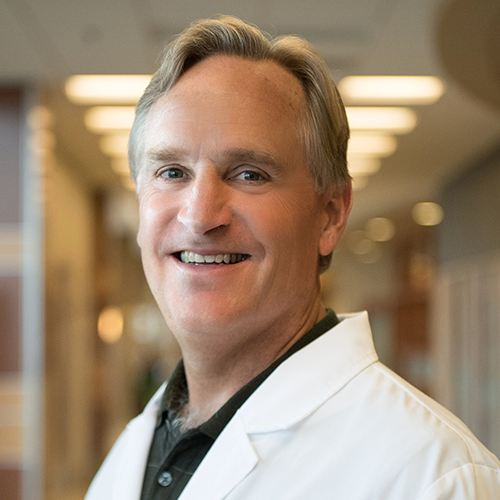 David W. Ririe, MD is originally from Salinas, California. After graduating from Brigham Young University in 1985, Dr. Ririe entered active duty military service, attending the Uniformed Services University of the Health Sciences (USUHS). He earned his medical degree from USUHS in 1989. He did internal medicine training at Wright-Patterson Air Force Base in Dayton, Ohio, followed by a fellowship in hematology and medical oncology at Wilford Hall Medical Center in San Antonio, Texas.

While in San Antonio, Dr. Ririe led the stem cell transplant service for over 10 years. At the time of his retirement, he was serving as chief of the hematology and medical oncology service at the Air Force’s medical center in San Antonio. Additionally, he served as chief of the medical staff on two separate tours at the largest DoD hospital in Iraq in 2005 and again in 2008. Dr. Ririe has particular interests in leukemia, lymphoma, and myeloma. However, his practice at Portneuf includes all areas of hematology and medical oncology.

Dr. Ririe is married with 4 children. He enjoys the outdoors and exercise of all kinds. He considers eastern Idaho a “home away from home” because of many family relations that reside in the area.