Skip to main content
Wade Johnson, 58, knew something was wrong. He would become exhausted after doing minimal activity. Even while mowing the yard, he would do two passes before having to stop to catch his breath. After a year, Johnson decided he needed to see his doctor. Luis Fernandez, MD did a complete exam and health history and referred Johnson to Portneuf for an electrocardiogram (EKG), a test that measures the electrical activity of the heart. By measuring time intervals, a doctor can determine how long the electrical wave take to pass through the heart. EKGs are used to determine if electrical activity is normal or slow, fast or irregular. When the results came back, Dr. Fernandez saw there was a major issue with Johnson’s heart. “Dr. Fernandez called me and I thought hearing from him personally was unusual,” recalled Johnson. “He took it upon himself because he knew this was important news. He told me that I was going to need a heart valve replacement.” Johnson was shocked when he received the call from his primary care provider and heard the treatment recommendation. Because Dr. Fernandez has worked closely with the heart and vascular surgeons at Portneuf, he was able to share that it may be possible for Johnson to have the valve replaced through a catheterization procedure. The procedure is often advised for patients as it is much easier than open heart surgery. Having options made Johnson feel somewhat calm about the procedure. Johnson was referred to Jacob DeLaRosa, MD, cardiovascular surgeon at Portneuf Medical Center. He underwent additional testing to determine his eligibility for the procedure. “One day, I was out of phone range and then when I came back, I had a message to call Dr. DeLaRosa,” says Johnson. “He told me that they weren't going to be able to do that catheterization procedure. I would have to have open heart surgery.” Dr. DeLaRosa explained that there were more risks with an open heart surgery. Johnson asked what the chances were that he wouldn’t make it through the procedure. The doctor told him there was a 10-15% chance it might not work. “I was driving back home thinking, this could be the last month I'm on Earth. It startled me,” says Johnson. “This is one of the best surgeons in the US is telling me that it's risky.” Dr. DeLaRosa took his time and talked with Johnson about the procedure, the risks and the recovery. “Dr. DeLaRosa's team is just amazing,” says Johnson. “After I met with Dr. Delarosa, he told me I needed open heart surgery, he told his nurse that I should be taken care of, that I'm a good man. She said she would take care of me, take care of all my appointments and contact all the doctors. That was a big help. A big relief. She knew the seriousness of it and she was going to make it as easy as she could for me. I was way impressed.” Johnson’s heart had a blockage. Where most people have blood flowing through, Johnson only had a “trickle” of blood passing through the valve. The lack of blood coming through the valve is why Johnson was having issues breathing. While studying his heart, Dr. DeLaRosa discovered that not only did he have a buildup of calcium, but the calcium had formed a ring, touching both sides of the valve. “There was a ring of calcium connected to both sides in my aortic valve,” says Johnson. “Dr. DeLaRosa said he was concerned about shattering the calcium ring. He said it could kill me if it shattered.” At first, Johnson was expecting to have a simpler procedure. Now he faced open heart surgery that included riskier circumstances than most patients. However, he put all his trust in Dr. DeLaRosa and the Portneuf Medical Center team was he went into surgery in October of 2019. 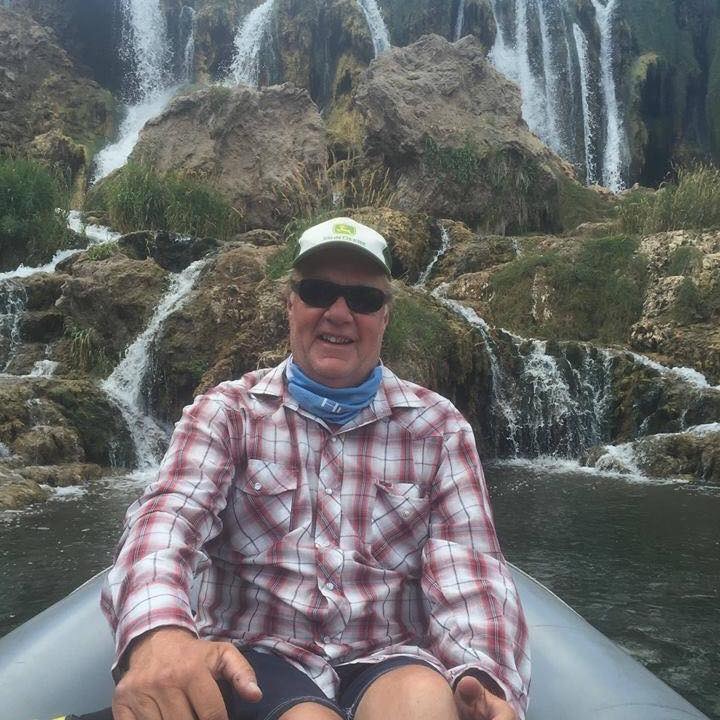 After six hours of surgery, Johnson woke up in the ICU. His surgery was a success. He spent a couple of days in the ICU and a few more recovering in the hospital. “The second day in the ICU, I had a really nice nurse that helped me. He got me walking,” says Johnson. “I walked maybe 20 feet with a walker. Next day, I went clear to the end of the hall with the walker. Next day, I went all the way around the floor with a walker. The next day I didn't even have to use the walker. I did some stairs and other things by the fourth day. The nurses that I had were all great. Made me feel comfortable and couldn't have been nicer. They were right there to give me anything I needed when I buzzed them.” Open heart surgery requires months of recovery, involving a lot of pain. Johnson has been through rehabilitation and is feeling 99% better. He can walk miles and go up large hills and do so without stopping to catch his breath. He’s looking forward to returning to work and thanks the Portneuf Medical Center team for helping him through the whole process. “The other day I even did a little bit of jogging,” says Johnson. “I want to feel the effects of having a good heart again.” At Portneuf Medical Center, we care for your heart. Our physicians, combined with our highly-skilled nursing staff, offer high-quality care every time. Call our Cardiology clinic at 208-239-3899 if you have questions or want to be sure that your heart is healthy.